Travelling by tandem
In 1977 my husband and I began travelling on a prototype of the Pino tandem, which has a recumbent front. I was then 57, with limited walking range. Ten years on we bought a production model which had many improvements. We asked that it be specially modified to be splittable into two parts so it could be taken on Eurostar and other trains, and so that it would fit easily into a small car. Today, all Pinos are built to be splittable.

Another eleven years have gone by and I am 78. In 21 years we have cycled in Austria, Germany, France, Switzerland, Denmark, Holland, Italy, Croatia, Slovenia, Slovakia, Hungary, Greece and the USA and Canada. Many European countries have wonderful cycle paths, often along rivers. We can go for miles without seeing a car but we do see fantastic scenery, wildlife, castles and other cyclists of all ages. Some of the riding is easy, some can be hard with hills, the occasional bad surface and rain and wind.

Sadly in the UK such good lengthy routes are few and far between, though recently we did two good rides in Devon – but they were short in comparison. On our latest long ride in June 2017 we rode over 500kms in central Austria. All our luggage goes in two pannier bags along with tools and spare parts, and we take a folding chair for me to sit on when we stop. A couple of times a week we ride in Windsor Great Park which is a wonderful resource. 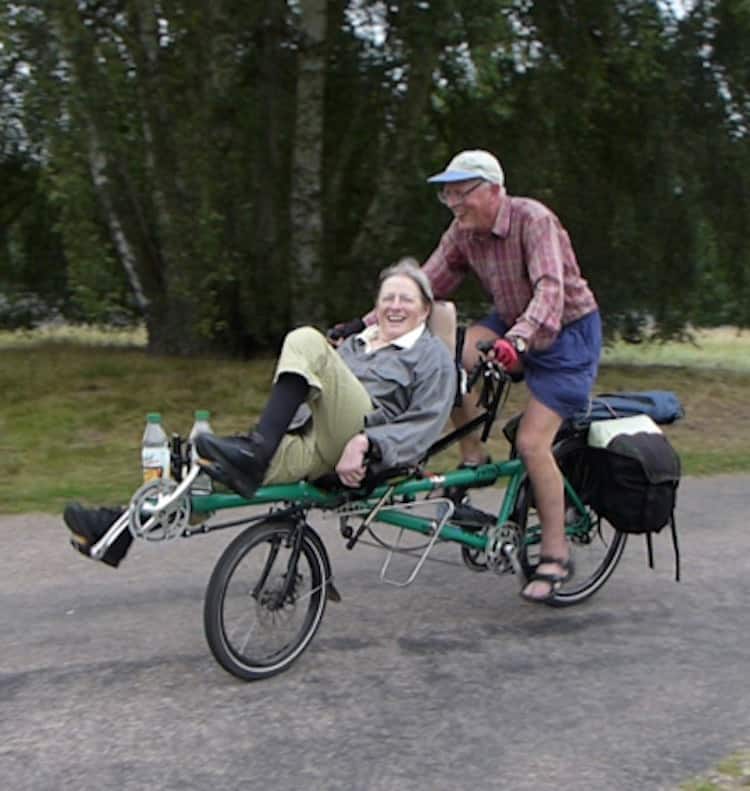 I surprise myself that I can still do so much on the bike; otherwise I now travel in a wheelchair.

With my spina bifida and kyphosis my walking has deteriorated a lot, so it is a real joy to be able to ride almost as well as ever. When our combined ages added up to 150 two years ago we treated ourselves to a small battery-driven motor to give us a boost on hills and in traffic. The energy capacity of the battery is the same as one Mars Bar! But it certainly helps.

The tandem has proved a source of great interest, and generates many conversations. We have met a huge number of delightful people including invariably helpful fellow cyclists. 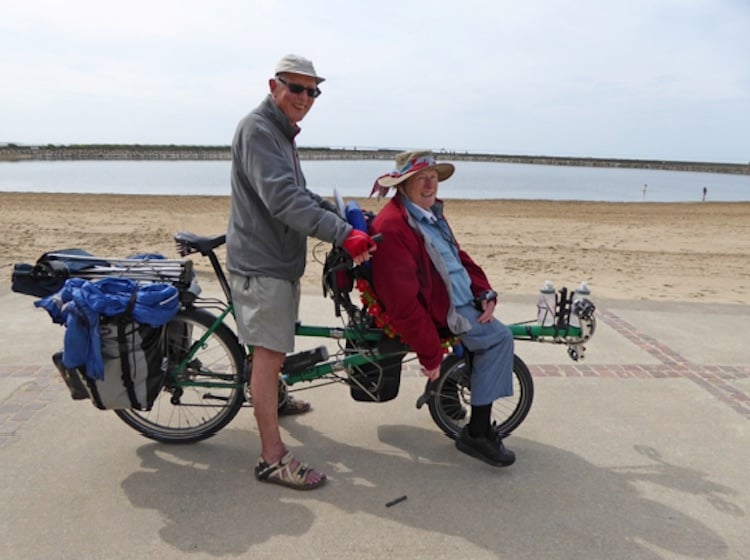 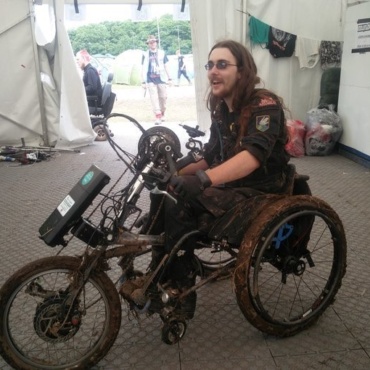